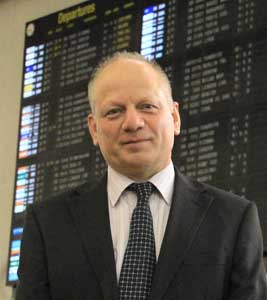 Paul Van Hoof is the creator of an ingenious proposition for the Deutsche Post and DHL’s «Idea Management». Paul’s winning idea involved the introduction of charter flights for personnel commuting between Brussels and Leipzig.

Not only did Paul’s idea save a great deal of money on expensive commercial tickets, it also cut travel times in half and had the added advantage of flexible departures.

Cheaper, faster and more convenient. As we say in Dutch: good things come in threes.